No featured entries match the criteria.
For more information please refer to the documentation.

There is something extremely fascinating and mystical about islands, and it’s probably the way these small islands stand in solitude in the midst of clear blue waters that stretch as far as our eyes allow us to see. There are many scenic islands that have been formed by Mother Nature alone, but due to the rapid technological advancements, human beings have become skilled at creating their own synthetic islands, which can almost be mistaken for real. A lot of these man-made isles were developed for protection from floods, while others were built for tourism and serving the wildlife sanctuary.

This mastery has led man to create some of the most incredible, beautiful and picturesque islands around the globe. Dubai is home to some truly mesmerizing artificial islands like these and people from all corners come here to take pleasures of this breathtaking site.

As for now, we will be looking at a few mystical artificial islands in Dubai that are solely masterpieces of human beings.

Palm Jumeirah, Dubai constitutes a part of the Palm Islands, which hosts a bunch of Dubai artificial islands in United Arab Emirates. This beautiful man-made archipelago is given the shape of a palm tree and hosts a crown with sixteen ferns jutting out of it, a trunk and a semi-circular island encompassed around it which forms a 6.8 miles extended causeway. Palm Jumeirah currently belongs to one of Dubai’s most luxurious hotel and resort, The Palm Atlantis. The construction of this island took start in 2001, which then made an addition to Dubai’s coastline of almost 40 miles. Altogether, it extends over 5 by 5 km and covers a total area which is fit for almost 800 football fields.

The Guardian states that once the island is fully formulated, it will provide accommodation for 65,000 people. The developer, Nakheel declared that more than 7 million heaps of rock were used to create the Palm Jumeirah. It even consists of a curved seawall which is made out of natural rock. The purpose of it was to drive the formation of a reef which would act as a home for many sea creatures.

The Palm Jumeirah Monorail became functional for the public in 2009, and was known to be Middle East’s first ever monorail. It connects the Atlantis Aqua-venture and Palm Jumeirah’s trunk on the crescent, eventually forming a link between the mainland and the island. Over 40,000 workers have put their blood and sweat into the Palm Jumeirah Island, and it cost almost $13 billion US Dollars to construct this archipelago.

Located at a distance of 2.5 miles away from the coast of Dubai lies a mega-project under construction, The World Island. As its name suggests, The World Island is shaped in the form of a World Map with small artificial islands dispersed at short distances. This man-made archipelago comprises of 300 tiny isles which are the new site for lavish homes and hotels. It was announced in 2003 but because of some unforeseen circumstances and world financial catastrophe, the mega-project had to be delayed until 2008.

The estimated cost for developing the World Island Dubai amounted to $14 billion US Dollars. According to the Gulf News as of February 2013, only 2 out of 300 scheduled isles, namely Lebanon and Greenland have been fortunate enough to be developed. As per the Daily Mail, in February 2010 NASA’s Earth website showed images of The World’s islands that happened to be sinking.

A fear lies that these islands would erode over time because they remained undeveloped, whereas the environmentalists cautioned that these million dollar isles would ultimately sink because of increasing sea levels, stated ABC News.

Another palm-tree shaped man-made island is the Palm Jebel Ali, a project of Nakheel Company, which was expected to be fulfilled by 2008 but has been on hold ever since then. The construction of this archipelago began in October 2002, and is twice the size of Palm Jumeirah! It is proposed to consist of a water theme park, six marinas, apartments, villas, and homes which can accommodate more than 250,000 residents.

On March 16th, 2015, Chairman Nakheel confirmed that the project will be established in the near future, hence it won’t be cancelled. Since it is a very large contract, high costs of infrastructure are affiliated with it.

The Universe is another beautiful synthetic island formed like the Solar System and Milky Way Galaxy, and its announcement was made in 2008. The duration to fulfill this project was expected to be somewhere around 15-20 years, hence it is anticipated that Dubai will witness another wonderful creation till 2023-2028. The project has been on hold since 2008 due to the same reasons which have halted the other projects.

The Universe will consist of a land area of 3,000 hectares and since it is a major development project, it will take a long time to complete. Its location will be amongst the other man-made islands i.e. The World, Palm Jumeirah, Palm Deira, and the Jumeirah Coast.

Palm Deira is another amazing project which too has been paused since 2008. Its proclaimed development was to take place by October 2004. Palm Deira was initially a part of the Palm Islands, and is a lot bigger than the Palm Jebel Ali venture. It is bound to be the world’s largest man-made island once it is accomplished. In April 2008, more than 80% of the entrance were done, but ever since then it has been on hold. The originator, Nakheel proclaimed in October 2012 that the island will be remodeled and renamed as Deira Island. Altogether there will be 1,400 units along with an amphitheatre and a hotel.

These are some of the man-made and artificial islands in Dubai. To share your insights, please feel free to add comments below.

Get the best viral stories straight into your inbox!

This site uses Akismet to reduce spam. Learn how your comment data is processed. 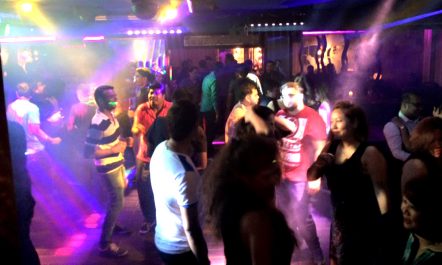 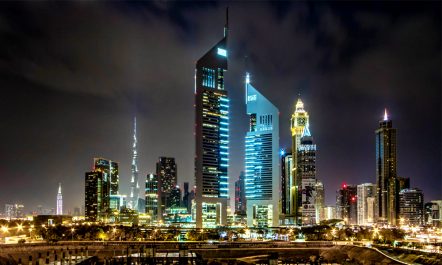 Don’t miss out on new posts

Back to Top
Close

Don't miss out on new posts!